Open for indoor and outdoor seating!


You can also get the beer you love for pick-up and local delivery.  Call 518 697-0059  to place your order for food and beer, or visit  our new online store to place a pick up order.

Click here to  purchase kegs, beer and merch for delivery direct to your home. 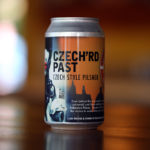 Farmer’s Daughter
Rye IPA
5.5% ABV; 49 IBU
Spicy, fresh and a little sassy, this Rye IPA will keep your attention from the moment you bring her to your lips. Brewed with locally grown rye.

Cherry Wheat
Wheat Ale
ABV 5%
Summer fruit adds a subtle sweetness with only a mild bitterness from the Hallertau hops. 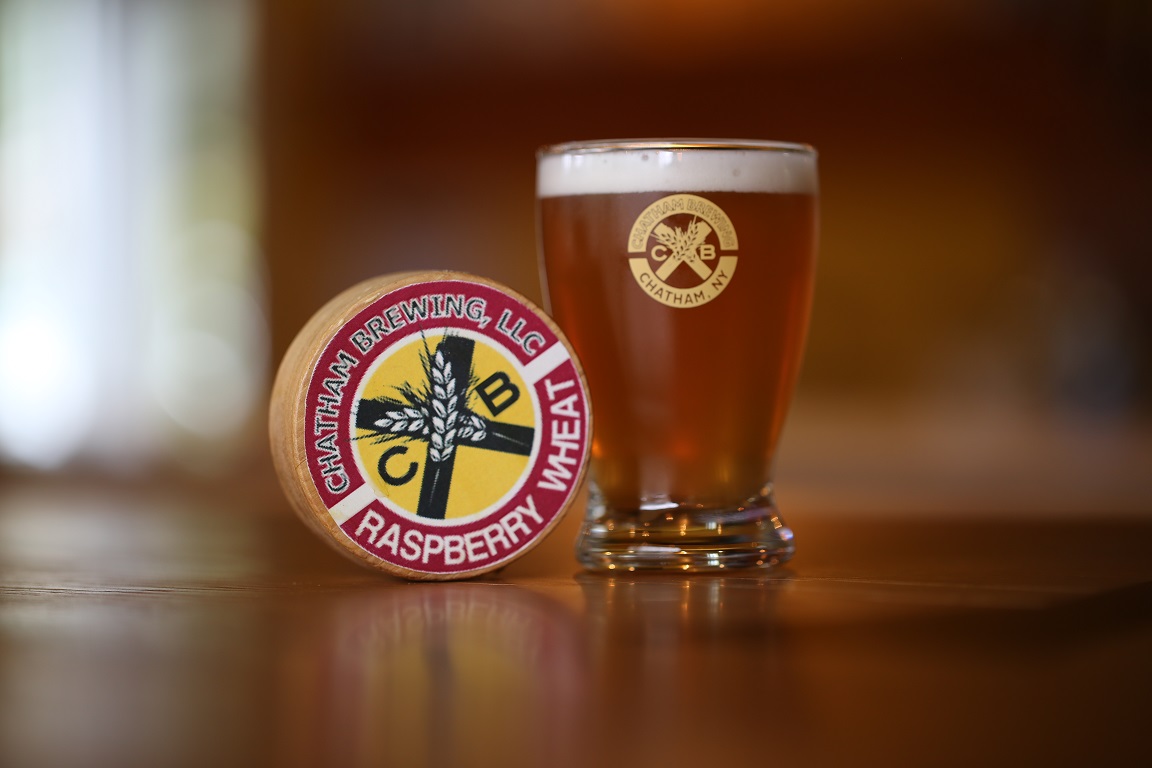 Nor’ Eastah
IPA
6.5% ABV 55 IBU
An unfiltered IPA brewed with Mosaic and Citra, and . 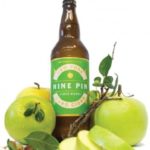 9 Pin Signature Cider
9 Pin Cidery, Albany, NY
6.7% ABV
A New York cider made with a blend of apples from Samascott Orchards. It is an off dry sparkling cider, crisp and bold. 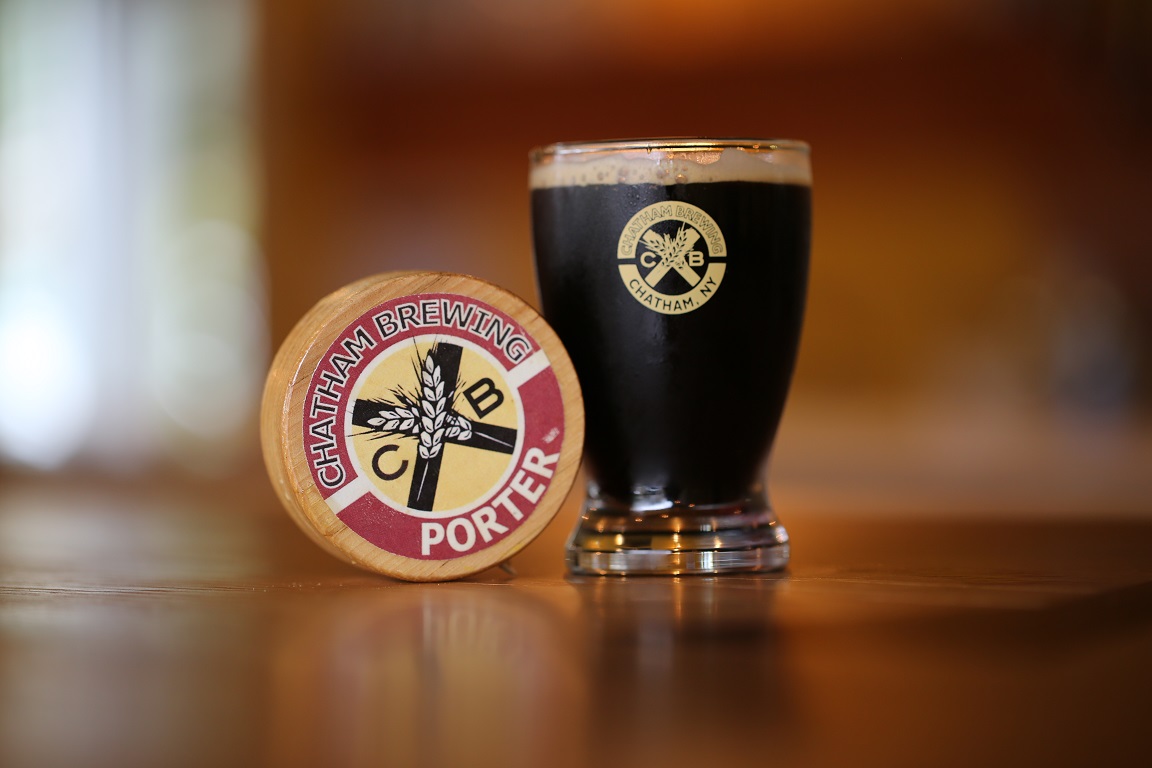 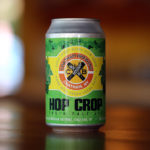 Clipah
Unfiltered Session IPA
4% ABV
What blows in from the west? This fragrant hazzy session IPA has all the hallmarks of its big brother, Nor’ Eastah, just packs a little less of a punch. 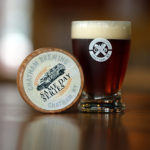 Mos’Citra – Same Day Series
Double Dry Hopped Pale Ale
5.5% ABV; 38 IBU
This extremely drinkable Pale Ale has all of the tropical and passion fruit notes of a Northeast style IPA but without the underlying hop bitterness. Light in body, moderate in alcohol and heavy on the citrus aroma due to dry hopping it twice with Mosaic and Citra hops. 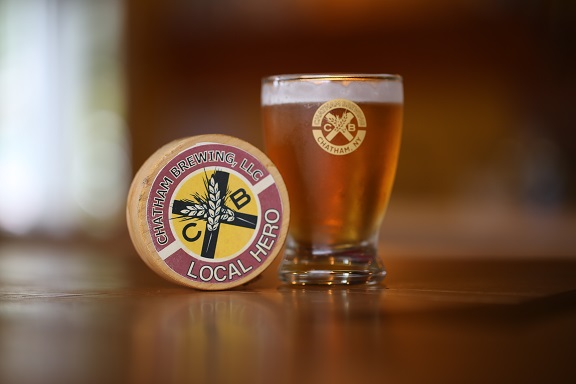 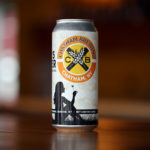 Farmer’s Daughter
Rye IPA
5.5% ABV, 49 IBU
Spicy, fresh and a little sassy, this Rye IPA will keep your attention from the moment you bring her to your lips. Brewed with locally grown rye. 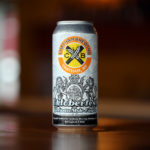 9 Pin Signature Cider
9 Pin Cidery, Albany, NY
6.7% ABV
A New York cider made with a blend of apples from Samascott Orchards. It is an off dry sparkling cider, crisp and bold.

Hazzelnut Porter
Porter
5% ABV, 40 IBU
Our award-winning porter with a nutty infusion of hazelnut, makes for a delicious fall treat.

B3
Barrel-Aged Ale
8.5% ABV, 30 IBU
Aged in Hillrock Estate Distillery bourbon barrels, this rich brown ale will warm you to the core. The barrel-aging adds vanilla and bourbon notes.

Brown Ale
Brown Ale
5.5% ABV, 26 IBU
Our take on this classic style. A smooth drinking beer, pleasantly rich without being a malt bomb. 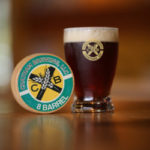 Build your own Beyond Burger $13

The story of Chatham Brewing started more than a decade ago, when Tom Crowell and Jake Cunningham were introduced to each other through their wives who learned the two shared a love for beer. This was then followed by news that Albany’s Big House Brewing was selling their former 3.5 barrel brewing system — the two quickly moved to form Chatham Brewing. Soon after setting up shop in a small garage in the back alley of Main Street, and just three months after their first batch, Tom and Jake went down to TAP New York and won a bronze medal for their porter. They spent the following years alternating brewing duties, trying to keep up with their ever-growing following until 2008, when Matt Perry, a local home brewer (now head brewer and partner) approached them with an interest in trying his hand at a larger scale system.

With the addition of a new brewer, and a few new fermenters in 2012, they returned from TAPNY with the coveted Mathew Vassar Cup for Best Craft Brewery in the Hudson Valley. With the new accolades, the newly formed trio found themselves in need of an expansion that came Christmas Eve of 2013 when they moved their tanks down Main Street and into their new space. The following year, the laws changed again and they were able to pour and sell individual beers directly to the customers. Today, Chatham Brewing is a destination for all craft beer fans in and around New York’s Hudson Valley. 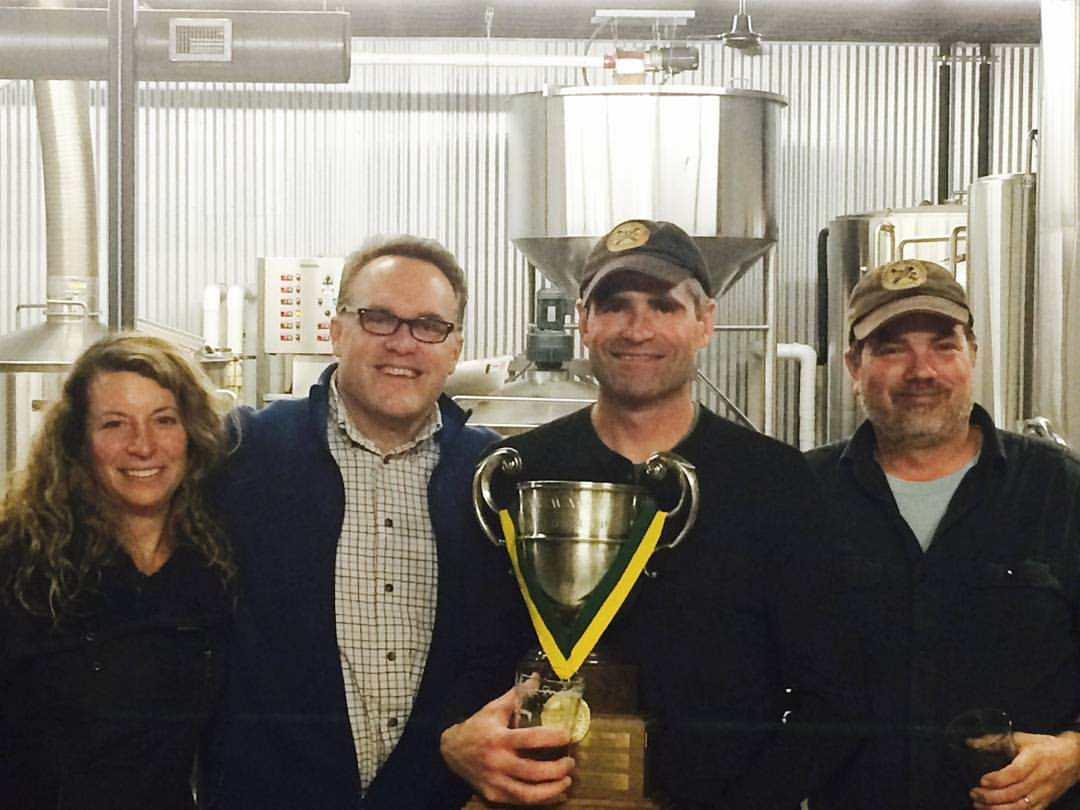 PH Pfannebecker  Philip Pfannebecker was a brewing pioneer during the 1800’s. Mr. Pfannebecker owned an extensive establishment on Bridge Street in Paterson, New Jersey. He gained a high reputation for using only the highest quality ingredients and taking great care in the preparation of his beers. His passion for brewing lives on in his great, great, great grand-daughter, Jeanne who founded Pfannebecker, LLC and became an investment partner in Chatham Brewing.

James Cunningham is a founding partner in Chatham. Jake entered craft brewing in the early 1990s by serving an apprenticeship at JW Lees & Co, the venerable British brewery that has been brewing cask-conditioned ales in Manchester for more than 180 years. Subsequently he joined Brown & Moran (now Brown’s Brewing Co.) in Troy shortly after its launch in 1996.  While Jake now spends his weekdays in the City, he’d rather have a flyrod in his hand  and six pack at his feet.

Matt Perry is Chatham’s head brewer. Matt entered the craft brewing industry as a homebrewer, with a passion for creating flavorful and higher alcohol beers. When he heard of a microbrewery opening in his hometown of Chatham, Matt approached the partners to offer his services. A part-time position quickly became full-time as the partners realized Matt’s skills.  Matt became a partner in 2017.  When not up to his elbows in mash, Matt prefers to be kneed deep in powder.

Tom Crowell is a founding partner at Chatham. Tom entered craft brewing in the late 1980’s as a homebrewer.  In the early 1990s he joined a startup brewery on the waterfront in Brooklyn under the tutelage of one of the west’s brewing pioneers. Moving to the Hudson Valley in 1999, Tom co-founded the first farm distillery in NYS before shifting his focus to craft beer.  When he is not managing things on Main Street, Tom can be found either on a boat or on a bike.